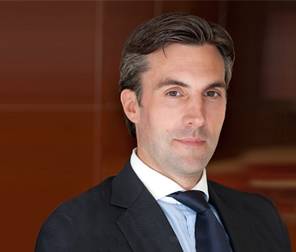 Brexit Countdown—Things Are Getting Interesting

UK Prime Minister Boris Johnson recently characterized the chances of a no-deal Brexit as 'vanishingly small' and 'a million-to-one against'. However, betting markets are of a different view. According to 'Oddstracker,' the implied probability of no-deal Brexit has risen to over 40% compared to less than 20% in April. In parallel with this bullish public posturing, the government has ramped up no-deal preparations, stating they remain 'top priority' while reiterating Johnson’s words from his first speech as PM: 'We will come out on 31 October, no ifs and no buts.'

The government’s public optimism around getting a better deal from the EU while in conjunction hardening its stance on leaving the EU on October 31, 'deal or no deal', has rattled investors for a variety of reasons, including:

This game of chicken with the EU and heightened concerns over no deal have impacted UK assets, with the GBP the weakest G10 currency QTD (-5%) and gilts yields around 30 bps lower, although it’s difficult to ascribe exactly what probability financial markets are discounting given the impact of rates moves in the US and EU and recent weak economic data (2Q19 UK GDP contracted -0.2% QoQ).

With respect to monetary policy, given current domestic growth challenges and the race to the bottom among other G10 central banks, we would expect the Bank of England to remain on hold for the foreseeable future under an orderly Brexit but to cut rates and potentially restart QE under a no-deal Brexit.

The main opposition Labour Party has indicated it is planning a vote of no confidence against the government when Parliament reconvenes in early September. Under the Fixed-Term Parliament Act, if a motion of no-confidence is passed (simple majority required), this triggers a 14-day period during which MPs could seek to form a viable government (possibly a hotchpotch of conservative and opposition remain MPs). Failing that, a general election would be called; in the latest twist, however, some commentators, including the think-tank The Institute for Government, believe that MPs attempting to block a no-deal may have run out of time and options. Importantly, it’s been suggested that if no alternative government can be formed within 14 days, then PM Johnson could ignore losing a no-confidence vote and call an election for after October 31, despite this being 'hugely controversial, both politically and constitutionally'.

Assuming remain MPs make a move to stop a no-deal Brexit when Parliament reconvenes, the EU is unlikely to respond until it sees whether an alliance of remain MPs can prevent no deal. While the EU is adamant that the Irish backstop is not up for renegotiation, the ‘realpolitik’ of Parliament potentially being unable to stop a no-deal would likely force the EU back to the negotiating table.

Our view that we will avoid a no-deal Brexit has clearly been challenged in recent weeks as the government has raised the stakes by committing, 'do or die', to leave the EU on October 31. For the reasons above there is little doubt that no-deal risks have risen, but with alternative scenarios to no-deal collectively comprising 60% (with our central scenario being that we leave the EU with a revised deal), we believe that there is sufficient risk premium in UK assets and that any scenario other than no deal should be taken very positively by the market given current valuations.