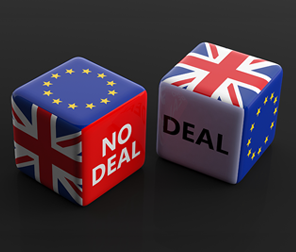 So this is what happens when you leave it to UK Parliament to decide! With the government repeatedly failing to secure a majority for the Brexit deal it agreed to with the EU, on Monday Parliament “took control” of the political agenda to try and find common ground on the way forward. And guess what? Parliament couldn’t agree on a way forward either. Under a series of so-called “indicative votes” neither of the “soft-Brexit” options—a customs union proposal or Common Market 2.0—achieved a majority. Nor did a proposal for a second referendum pass muster. Parliament is fractured, and we currently have different factions unwilling to budge from their entrenched positions.

At a marathon seven-hour meeting with her cabinet on Tuesday, Prime Minister Theresa May impressed on her ministers that her deal—the only one that has been agreed to by the EU—is the only guaranteed way to avoid what are seen by many Conservative MPs as even worse outcomes: a general election, a customs union or a long delay. Post the meeting, and apparently against a majority of her cabinet, the Prime Minister announced that she would seek a further short extension to Article 50 and pledged to work with the main opposition Labour Party to find a compromise solution to the current impasse based on the existing withdrawal agreement. If they cannot find common ground then Parliament would hold further indicative votes which this time would be legally binding.

Meanwhile the EU is growing increasingly frustrated and anxious. The official EU line is that if PM May cannot get a deal approved, then granting a long extension would require “a strong justification.” Presumably this would include a UK general election, an alternative soft-Brexit option or a second referendum, none of which currently has a majority in Parliament.

As the clock ticks down to April 12, two scenarios are getting greater attention. The first: leaving the EU without a deal. This remains the default legal position if nothing changes. PM May doesn’t want a “no-deal” Brexit, there’s no majority for it in Parliament and the EU doesn’t want it either. A no-deal Brexit means the automatic return to a hard border between Northern Ireland and Eire, which is something that the Irish in particular are naturally keen to avoid (hence the EU’s stance on the controversial Irish backstop). The second: a general election to break the current standoff. But the unfolding third scenario may ultimately prove to be the least unpalatable and therefore still possible, namely the government putting a withdrawal agreement with broader cross-party support to a vote for the fourth time in the coming days.

Western Asset’s view remains that while no-deal Brexit risks have risen in recent days there is still a higher probability that we follow a path to a Brexit deal of some description or a long delay, both of which are likely to lead to soft-Brexit outcomes. If we are correct then we believe that there is potential for the pound to appreciate, for UK gilt yields to rise and for UK corporate bonds to benefit.