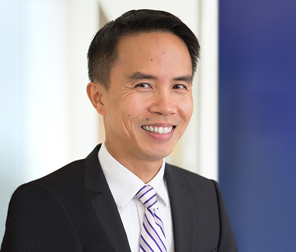 By most accounts, the macro shock emanating from the effects of COVID-19 has been profoundly acute across EM countries. During Q2, real GDP in non-China EM shrank at a staggering rate of 40% QoQ annualized. (By comparison, it shrank less than 10% in the immediate aftermath of the global financial crisis in 2008.) Despite a technical payback in 3Q GDP, policymakers remain on high alert as the damage extends its toll on the fiscal health and external balance of payments.

Yet, EM asset prices have demonstrated stunning resilience, having bounced back strongly from the risk-off troughs of March-April. Within the hard-currency universe, corporate credits have gained a handsome 3% YTD, while sovereign bond returns are flat on the year. True, the local bond index is down (-5.4% over the same period), but this is entirely due to a stronger dollar. A fully hedged strategy would have returned +3.7% YTD in dollar terms, as domestic interest rates head lower.

The commendable returns seem at odds with the gravitational pull on real GDP as a result of the pandemic. After all, the origin of EM as an asset class traces its roots to the notion of rising EM dominance in world economic growth.

To be sure, the evidence was compelling in the 2000s. With consecutive years of double-digit post-WTO expansion, the Chinese economy leapfrogged many industrialized economies to become the world’s second largest. Of note, countries that rely heavily on commodities—particularly in Latin America—benefited tremendously from a massive infrastructure buildout in China.

Metaphorically speaking, the asset class had included “batteries” that provided the self-generating power on a scale never seen before. Indeed, it inspired myriad EM acronyms, most notably BRIC and MINT. Since then, there has been a tectonic shift in the investment paradigm. Policymakers in China have abandoned GDP growth targets as economic priorities change. Following an extended period of free trade, the medium-term threat of deglobalization now dominates the policy agenda. On the sociopolitical front, idiosyncratic risks abound in many EM countries.

The upshot is that the primary factors that drive EM asset prices have evolved meaningfully. In our view, this year’s returns have been powered by aggressive monetary accommodation globally, beginning with the Fed. The policy transmission can be seen in at least two ways. First, it facilitated EM central banks to unwind most of the rate hikes implemented in prior years. Second, as DM credit spreads tighten with bond purchase programs, comparable securities in EM have caught a bid amid a hunt for relative value.

For EM, the good news is that the slack in aggregate demand is expected to persist as we head into the turn of the year, pointing to a base case of a “low-for-long” environment for policy rates. Given the Street estimates, a retracement of global GDP to the pre-Covid level is likely to occur only in mid-2021, at the earliest. All else equal, negative output gaps in EM countries should keep core inflation in check. Absent an inordinate amount of currency pressure, we do not believe EM central banks are in a rush to reverse their accommodative stance.

Despite incremental adaptation to COVID-19 by economic agents over time, the near-term path to macro normalcy remains fraught with difficulties. Countries with resource constraints could be left no alternative but acquiescing to coexistence between activity and COVID-19. In this regard, the recent spike in infections in parts of the industrialized world, notably Europe, bears monitoring. In countries that are heavily reliant on tourist-related sectors, the tradeoff between containment and survival becomes an increasingly tough balancing act.

Paradoxically, EM as an asset class remains alive and well, regardless of secular challenges and cyclical headwinds. The opportunity set continues to expand, as evidenced by gains in market capitalization and country representation as well as by product innovation. For the EM investor, what has fundamentally shifted is the approach to the asset class, avoiding broad strokes and emphasizing individual merit.

Consequently, our convictions in EM are less at the aggregate level and more region- or country-specific, as follows: