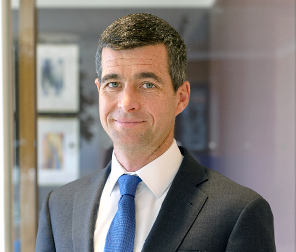 Herman Cain clearly has President Trump’s confidence, but it’s yet to be seen whether a more skeptical Senate will vote for his confirmation to the Federal Reserve Board (the Fed Board). The prospects for Mr. Cain’s confirmation are in constant flux. The financial press corps is obligingly keeping us updated as a parade of politicians and investors rush to share their views on both the man and the merits of his nomination.

We’re not sure it matters all that much one way or the other. Even if the Senate were to confirm both Mr. Cain and Stephen Moore, the President’s other recent suggestion for the Fed Board, the two advocates for rate cuts would still fall well short of forming a majority on the seven-member Board. It would matter if they ever did reach a majority. Paul Volcker resigned after a majority of the Fed Board voted against his interest rate policy in 1986. Ben Bernanke has reported that he was forced into tapering in 2013 because a majority of the Fed Board had become skeptical of quantitative easing. But, in order for Mr. Cain and Mr. Moore to be in the majority, they would need to convince two existing Fed Board members to join them in calling for rate cuts. This seems unlikely at the moment, given that just last month all five existing Fed Board members said that they prefer to leave rates unchanged.

One thing we can be reasonably sure of is that this will not be President Trump’s last foray into discussing monetary policy. To the contrary, President Trump seems to be escalating his rhetoric on the subject. Last week he paired his support for Mr. Cain with a call to restart quantitative easing. This pattern is likely to continue into next year. It would not surprise us if President Trump were to start making even more direct comments about what the Fed will look like after Chair Powell’s term ends in 2022. Yes, 2022 may seem far off, but the stakes are high and a closely fought Presidential election could sharpen the focus on the Fed.

Does the President’s continued focus on the Fed matter? Well, it depends on the environment. In 1972, President Nixon famously pressured Fed Chair Arthur Burns to ease policy ahead of the November election. While not the only factor influencing policy that year, it’s probably safe to say that Nixon’s pressure contributed to policy being looser than it should have been. That was an environment when the President’s priority (more job growth) was at odds with what the Fed should have been doing (controlling inflation). In contrast, today both the President and the Fed have more or less the same objective: protect and sustain the US recovery. Any disparity between their respective preferred policies is just a matter of degree. The thing to watch going forward will be whether or not those differences evolve into something more directly in conflict with each other. Mr. Cain’s personal fate is unlikely to matter much on that score.