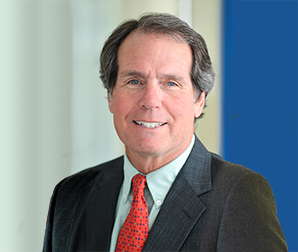 Single-family housing starts rose a rousing 8.5% in September on top of a +1.7% revision to the August level, which now shows a 2.9% gain. As you can see in the accompanying chart, single-family starts have risen strongly for the last five months straight, rising to and now 7.2% through their February, pre-shutdown level.

It goes without question that there are still millions of families suffering from the effects of the pandemic and related shutdowns of various portions of the economy. Having said that, though, it is all the more impressive that other parts of the economy have rebounded as sharply as they have, given that they are operating, in effect, with one hand tied behind their back, or, to put it more accurately, with about 5% of the nation’s economy unavailable to participate.

Low mortgage rates are clearly an abetting factor here. How much the various governments’ stimulus programs have helped is more questionable. This is not to disparage the efficacy of or need for those programs. The point is that it is doubtful that households are making as momentous a decision as a home purchase on the basis of transitory government aid. Rather, the decisions are more likely based on faith both in the ultimate strength of the US economy and on the homebuyer’s confidence that they will participate in that strength.

Meanwhile, it is worth pointing out that the boost to economic growth from the current homebuilding rebound is only beginning to be felt and will be a powerful factor driving GDP growth in 4Q. That is, it was only in July and after that single-family starts levels were even in the vicinity of the pre-shutdown level. The bulk of construction spending on homes begun in July and after will occur in the final three months of the year.

To wit, after losing 627,000 jobs in March and April, construction payrolls have rebounded “only” 233,000 (a 3.3% rebound). The remaining 394,000 construction jobs should be regained in the next few months as middle- and late-term construction spending occurs on new homes started in 3Q.

There were no soft aspects within today’s homebuilding release that we could detect. The sector will clearly be a large contributor to the economy’s rebound in 4Q, barring another nationwide shutdown.