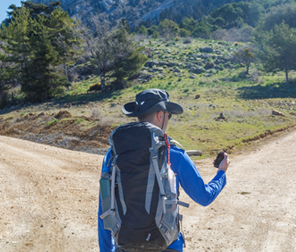 What Does Your Money Market Fund Manager Think About Rates…and Does It Really Matter?

Interest rates in the US recently have become a little more interesting following the dovish pivot in Fed policy leading to a rate cut in June 2019, the first of its kind since the height of the financial crisis in 2008. For investors in money market funds, this environment of higher-than-average interest rate volatility leads to the fundamental questions: how do managers think about rates and how do their views impact their funds’ investors?

Money market funds are often viewed as a commodity, useful but—at times—indistinguishable from one another outside of the amount of interest paid to investors. Yes, there are characteristics such as ratings, size and domicile which need to be considered when selecting a money market fund, but what about a fund’s portfolio? Which issuers are being invested in? What type of investments are being made? These properties may be considered by more detail-orientated money market fund investors, but one area that is commonly overlooked is interest rate risk.

Money market funds have become one of the most regulated instruments of the asset management industry. Many investors in these types of funds expect their cash to be available in full, on any given trading day and with limited notice. For these reasons, regulators who oversee money market funds have placed rigorous restrictions on the risk that fund managers can take by limiting important factors such as weighted average maturity (WAM) and weighted average life (WAL). The difference between these two measures is how floating rate notes are treated; WAM looks to the next reset date (normally one to 90 days) whereas WAL looks to the final maturity (up to 397 days). Money market funds are designed to be low risk and, as a result, these restrictions create fairly narrow bands that managers are permitted to operate within. For example, a prime money market fund in the US is limited to a WAM of up to 60 days and a WAL of up to 120 days.

There are many factors that will determine the WAM and WAL positioning of a money market fund, but the key drivers are 1) liquidity requirements, 2) the availability of underlying investment maturities and 3) the interest rate and yield curve outlook of the manager. All of these considerations need to be balanced together in order to structure the fund portfolio with the aim of meeting all investor needs collectively.

However, as an individual investor, how can you use these measures to help evaluate a money market fund? For example, what does it tell you if, in a rising-rate environment, a fund has a higher—or longer—WAM and higher yield compared with the fund peer group? What does it tell you if rates are expected to fall? The answer is that it is imperative to align your interest rate outlook with the positioning and view of the money market fund manager.

A money market fund manager should have a clear picture of where they expect short-term investment rates to go and why they expect them to go there. Only with a comprehensive explanation of the interest rate outlook, tied to a view of the macro economic environment and market technicals, can a potential investor judge whether these are aligned with their own view. Getting that view right can have a meaningful impact on the yield of the money market fund in an environment where every basis point counts.